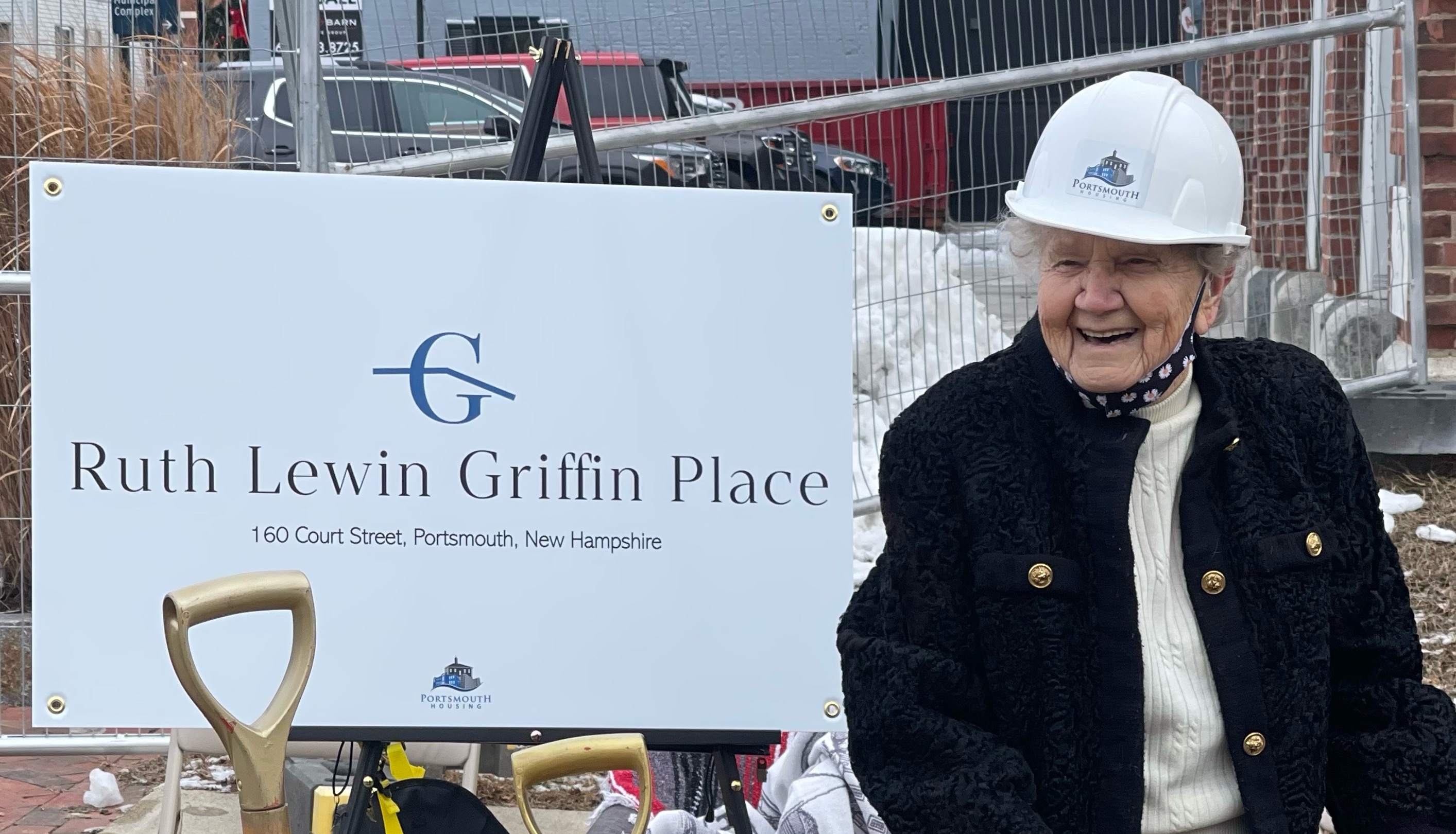 Ruth Lewin Griffin served as a Commissioner on the Board of the Portsmouth Housing Authority from 1978 – 2020, and as Chair of the Board for 18 of those years.  Ruth Griffin moved to Portsmouth at an early age, was educated in Portsmouth public schools and subsequently graduated from the Wentworth Hospital School of Nursing.

In 1970, Ruth Griffin first ran for public office and spent the next four decades in public service to the people of New Hampshire, serving in the House of Representatives, Senate, and the Governor’s Executive Council where she served District 3 from 1987-2007.   Ruth Griffin was also elected to two New Hampshire Constitutional Conventions, served on countless State Boards and Commissions, been named one of New Hampshire's Ten Most Powerful women multiple times.  Ruth Griffin has been a delegate to the Republican National Convention eight times and counts several Presidents and Presidential Candidates as friends.

In honor to her contribution to Housing in the City of Portsmouth, the Portsmouth Housing Authority and PHA Housing Development Ltd. Boards adopted a resolution to name the 60,000 s.f., 64-unit workforce housing project at 160 Court Street in Portsmouth, Ruth Lewin Griffin Place.